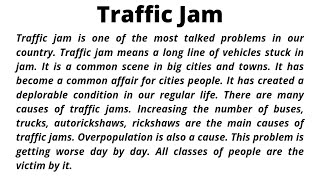 Answer: Traffic jam is a long queue of vehicles on a road that cannot move or that can move very slowly. Nowadays, traffic jam is a common problem in our towns and cities. It causes great sufferings to the passengers and the passers-by. mostly the increasing number of vehicles causes traffic jam. Day by day, the number of vehicles is increasing to meet the needs of the increased population. But the roads are not increasing in that proportion. Many vehicles moving on the same road at a time cause traffic jam. Many drivers do not abide by traffic rules. Besides, the traffic police are not sincere. The tendency of the bus drivers and conductors to get more and more passengers also causes traffic jam. Some drivers stop buses here and there and board and unboard passenger. This hampers the movement of other vehicles and causes traffic jam. The unlimited number of rickshaws plying on the streets is another cause of traffic jam. The general people are to face untold sufferings. They become late in their working places. Students, employees, businessmen, workers all are to suffer tremendously for this. During traffic jam, we feel extremely bored as it kills our valuable time. To relieve the passengers of the suffering of traffic jam, some steps should be taken by the government. The drivers who do not abide by traffic rules should be punished. The traffic authority should be active to enforce the traffic rules and maintain the discipline on the roads. 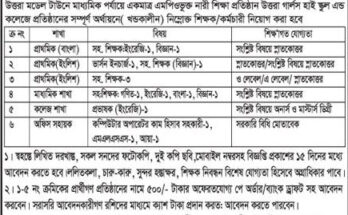 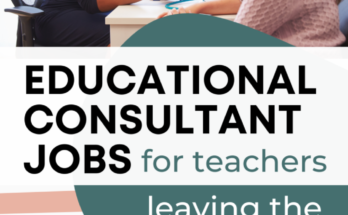 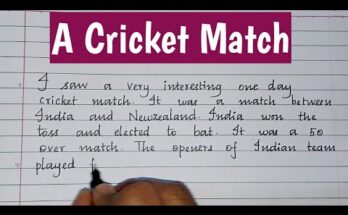 Paragraph on Cricket and Football  

View all posts by Amanullah Chowdury →

No comments to show.